During her 25th high school class reunion, middle-aged Peggy Sue (Kathleen Turner) tries to forget her marital problems with husband Charlie (Nicolas Cage) by renewing old friendships. Wondering if she made the right decisions in her life, Peggy Sue gets a chance to try again when, zapped into a time warp, she finds herself a teenager back in 1960. Armed with foreknowledge (the scene in which she tells off her algebra teacher is a particular treat), Peggy Sue gets to retrace the steps leading up to her unhappy marriage to high-school sweetheart Charlie. Will nerdish Richard Norvik (Barry Miller), who always carried a torch for Peggy Sue and whom she knows will become a millionaire computer mogul by 1985, win out over the unreliable Charlie this time? A small film from the otherwise profligate Francis Ford Coppola, Peggy Sue Got Married possesses an irresistible charm that makes up for its glaring plot deficiencies. The youthful cast is matched in its appeal by such veterans as Leon Ames, Maureen O'Sullivan and John Carradine. And yes, that is Jim Carrey as Walter Getz.

Showtimes of Peggy Sue Got Married in all Cities

This movie has 47 Comments

Damn, I remember this trailer being played all the time back in cinemas in the 80's. Did my head in! I never seen the film
Comment

This is actually one of the worse movies of all time . Most of it is Nicholas Cage sounding like he is on helium is his attempts to portray a teenage but the whole damn thing is phony baloney hokum . John Water’s Hairspray and Cry Baby are better than this dreck . At least Water’s knows his nostalgia is comedy and satire and it isn’t unintentional like Peggy Sue .
Comment

Nicolas Cage sounds like Regis Filman on helium in this movie. Super cringe with that voice! Did you know he refused to do the movie unless he could use that voice? Ya. Well, it sucked. I can't watch this because of it.
Comment

Loved this film the first time I saw it! The nostalgia Peggy feels when she gets home and goes to her room, and her reaction when she speaks to her now dead grandmother together with John Barry's wonderful music, never fails to affect me!
Comment

It hits hard people whose parents are old or dead. Only then can you really appreciate this movie.
Comment

When you order 'back to the future' on wish
Comment

I never watched it, but I remember them filming We saw the auditorium in the front of SRHS. IT WAS COOL all lit upAnd filming down by the State bldg
Comment

Watching this movie for the first time. So far it’s a great movie. I also like the movie serial mom because it was recorded in Baltimore County , Maryland.
Comment

The ultimate dream of everyone, well almost back to high school days.
Comment

I would have married the guy with the kite
Comment

The one and only time you'll see Jim Carrey and Nicholas Cage share the screen together.
Comment

"I'll will find a way back to you, No matter what, I ; "Love isn't a feeling or emotion that changes timely, it's ; Time is distance but love is a bridge. What do you say that we forget the past, forget all that we have been before, forget the future even, and we simply look to the here and now? Isn't that all we ever have in the end? Need more love with
Comment

I remember this movie at the cinema when I was younger. It was actually pretty good. Although I thought at one point Nicholas Cage’s voice broke, from the soft tone to his normal when angry lol
Comment

For tonight I've seen that movie were on Prime Video
Comment

I remember seeing this movie at the show when I was a teenager.Kathleen Turner was 32 playing the roll of a teenager - and she looked 32.
Comment

been watching this over and over brings back so many you just see walking into your old house seeing your yong mother little sister,dog ..the smells of mom cooking bedroom and all the stuff and your freinds cars ,I just dont get sick of that (ahstalgha feeling)).feels so great,,ok but I am getting little sick of seeing times fast forward it 66
Comment

Nicholas Cage idea to use that idiotic voice. Kathleen Turner hated it and used it as a tool for Peggy's unhappy life.
Comment

whats the song in the start of the trailer?
Comment

A young man who is innocent and pure at heart celebrates life and love while his thoughts about marriage evolve. 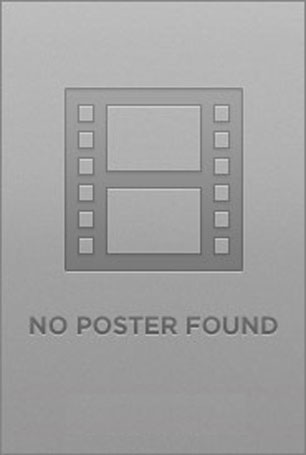 Meet Me in the Bathroom

An immersive journey through the New York City music scene of the early 2000s. A new generation kick-started a musical rebirth for New York that re...

An ex-Interpol officer wreaks havoc and sends shock waves across the global underworld. He goes missing in action, but resurfaces years later for h...

An alienated young man, Jongsu (Yoo Ah-In), is a frustrated introvert who jumps from job to job. His life is complicated when his path crosses that...

Uta - the most beloved singer in the world whose voice has been described as "otherworldly" - is renowned for concealing her own identity when perf...

Johnny Cash: The Redemption of an American Icon

The untold story of how "The Man in Black" saw the light. JOHNNY CASH focuses on a critical period in the country music legend's life and career wh...

Someone's taken their love for horror sequels too far in the clever follow up to the smash hit SCREAM. While away at college, Sidney Prescott (Neve...

Don't Look at the Demon

An emotionally damaged spiritual Medium leads a paranormal investigative TV crew to a haunted home in Malaysia, only to discover, that the dangerou...